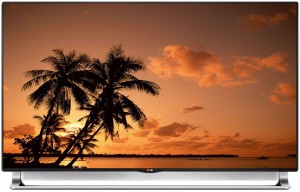 Let’s jump into a new topic to kick off the New Year, shall we? The introduction of 4K displays have started to emerge in both Television and Monitor Markets. Now 4K is no big surprise to anyone familiar with Hollywood; we’ve known for some time that they film movies in this UHD (Ultra HD) resolution.  It’s also not uncommon for movie theaters to use this resolution as well, meaning more likely than not most people at one point in time have watched something already at this resolution. The term image resolution to some may be confusing.  I’m going to break it down and feed it to you in bite size pieces; think of something you really like…maybe chocolate, cashews, toffee, m&m’s, caramels? Hopefully I hit a snack you enjoy, if not sorry.

Image Resolution simply means the detail an image holds. Now you may be asking, but what makes up that detail? The detail is actually divided into lines or bars and those lines or bars are made up of pixels. Now it may sound confusing so I’m going to keep it simple.  Resolution is the amount of pixels in an image, and pixels are what make up the image. Think of pixels as the building blocks of the digital world, much like atoms make up the physical world.

Now resolutions come in all different size and aspect ratios. Aspect ratio is the proportional relationship between its width and its height. Most commonly aspect ratios on the market are 4:3, 16:9 and 16:10. Most families have at least one electronic in their home that more than likely at one time used one of these aspect ratios. I’ll list an example of each so you can get an idea of what device has used these ratios.

Since pictures help me to understand resolution with few words, I’m going to supply an image that will showcase some of the most common resolutions of today, pay close attention to the gray/white boxes I have made transparent and their corresponding resolutions in the upper left hand corner of each box. In all I have placed six (6) total resolutions in the image ranging from 480 up to 4K. Keep in mind that I have supplied a beautiful ultra HD image of nature to represent the 4K resolutions. Inside of that image I have represented the other resolutions with the intent of showing how small or large they are in comparison to one another.

4K Resolution Comparison
**Warning, Picture is massive in size and may take several minutes to fully load. Image will open in a separate window.

If you think of the resolutions as accurately representing what you would see in the picture; you should realize very quickly that the smaller resolutions are missing a lot of the image and truly capture a very small portion of what is there. If we all walked around in life with our eyes mimicking this it would be similar to placing our hands on the side of our heads and cupping them around the eyes much like tunnel vision.

Now to be fair any image could be blown up or even shrunk down to a specific resolution just to fit a display resolution of say a TV or Monitor. HDTV’s do this very thing by up-scaling images or even down- scaling them to fit on the actual display. In the past you may have noticed movies or even TV programs would contain those very unsightly black bars on the top or bottom of the screen or even on the left and right side of the screen. This at one time was a form of scaling that is used to address the difference in aspect ratio between the original recording and the television it’s being viewed on. Personally for me this was not a fix at all, but a huge annoyance as it made more sense to just view that image on a display that it actually fit, rather than forcing it on one it did not.

More importantly I’m referring to what resolutions allow for the future of digital entertainment. This could be movies, TV programs or Video Games.  I want to see more in the image, because 4K is a very large resolution it will allow more in the image without distorting the detail of that image. A good example of what I am talking about is to think of a camera for a moment. If you look through the lens zoomed in 10X you’ll notice the image is focused on a small part of what your eye can actually see in front of the camera. Now as you zoom back out the image begins to show more and more of what actually in front of the camera. Apply the same concept to movies and Video Games and you may be asking yourself; what have I been missing? What couldn’t I see because it was off screen?

Now you may be asking why 4K? Well because it’s almost 4X the resolution of a 1080P display which probably makes up 90% of the HDTV’s in homes today. Not only that but it’s infinitely larger than standard definition and old 4:3 displays. Before now the closest we could get to 4K display is an expensive projection unit and to be fair, while these units may have some benefit I found through personal experience that they had other problems that outweighed the benefits of the unit. To be more specific these units are not exactly user friendly in terms of what HDTV’s are. An HDTV only needs to be plugged in to be viewed as where projection units need some finesse.

So to conclude by now you should have a basic understanding of common resolutions in today’s market. The image above should clearly showcase those resolutions and the differences between them. Stay tuned for additional coverage on 4K Displays; there is more to come in 2014.