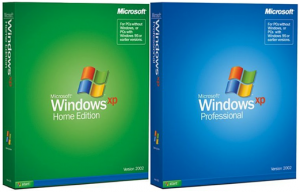 Let me start by saying that if you are one of the millions still using a Desktop or Laptop computer that is running Windows XP, now could not be a better time to upgrade to Windows 7 or Windows 8 Operating System. Windows XP has been around for over a decade now. It has served computer users in both the home and business environment extremely well and paved the way for future versions of Windows. It was a great operating system in its day, but unfortunately like its brothers and sisters before it there comes a time when Microsoft has to pull the plug and move on. Windows XP life cycle officially comes to an end on April 8th, 2014.

This doesn’t mean you won’t be able to use a computer if you have Windows XP installed. It also doesn’t mean Windows XP will just suddenly stop working, because it won’t. What this means is that Microsoft will no longer be releasing security updates for Windows XP, and all consumer support will come to an end.

When Windows XP life support gets pulled, anyone running the Operating System will effectively be a sitting duck in a field of landmines just waiting for one to blow up and set off the rest.  What I am saying is all vulnerabilities and security flaws released and found after April 8th will not be patched by Microsoft. This is a serious security threat!! This means if you are still running Windows XP you will open yourself up to harmful viruses, spyware or other malicious software that could damage your computer and/or steal personal information.

If you are one of the many people still running Windows XP, NOW is the time to start thinking about purchasing a new computer or upgrading to Windows 7 or Windows 8. I highly recommend doing one or the other before April 8th 2014.